What is Variance Analysis? Definition, Types, Examples and Tips 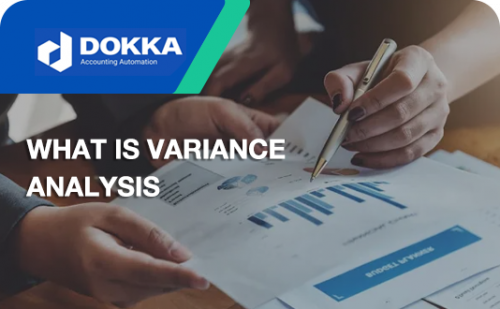 Simple math can make a huge difference for your business. You know the saying – devil is in the details. Hidden causes of under-performance that are not identified can represent a risk. Or maybe there are some areas where you’re thriving with over-performance and making significant savings.

Here’s where variance analysis comes into a play.

Your business has some standard industry costs, numbers that are used in spending plans. Often, these numbers do not represent the reality of a company’s spending. Actual costs of business operations can be higher or lower than planned.

Variance is the difference between standard and actual numbers. By analyzing this difference, you can get a valuable insight into the reasons for under- or over- performance.

Variance is expressed as favorable or unfavorable, depending on the type of impact that it makes on the business. If the difference in spending is higher than expected, the company is losing money so will mark this variance as unfavorable. On the other hand, cost savings in some areas are examples of favorable variance.

So, what can be analyzed? There are several main outputs of variance analysis:

These variances are results of individual analysis of four main variance types:

For companies that have manufacture it is important to keep track of the production quantities and prices.

Price Variance assumes the same actual quantity, but the difference in price between the actual and standard.

Quantity variance calculates the same standard price, but the difference in actual and standard quantity.

If the actual cost of raw materials is higher than the standard, it would be unfavorable variance because it translates to increased costs and company will have to spend more money.

If standard production has a quantity of 500 pieces of raw material, and you’re spending 700, your quantity variance is unfavorable, and you should investigate why your production requires more material than standard.

In case your production goes well, and you keep up with planned quantities, but something happens on the market that lowers the price of raw materials, then you’re lucky because your variance is favorable for both quantity and prices.

Since labor costs are a huge item in budgeting, they should be monitored closely.

Rate variance shows the difference in actual and standard price rate for the actual hours of work.

Efficiency variance assumes the same standard price, but the difference in number of standard and actual hours.

If the actual rate that you pay to your workforce is higher than a standard rate that you would pay for the same amount of work, then the rate variance will be unfavorable. Other way around if you’re paying less than standard you’ll have favorable variance, but also probably unhappy employees.

If your employees work more hours than standard, your efficiency is unfavorable because it takes more time to do the production than it should. Look for the causes of why your staff is under-performing and implement solutions that might help them gain efficiency.

To observe budget variance, denominator level of activity (which is a preselected production volume level) must be set. Denominator level and standard rate make Budgeted Fixed Overhead Costs- it’s a number that shows the cost that you planned in your budget. Comparing budget planned costs with Actual Fixed Overhead Costs that occurred is going to show the budget variance.

Let’s assume that your standard rate is $10 per hour, and your preselected level of production (dominator) is 2000 hours for the reviewed period. Your planned budget fixed overhead cost makes for $20.000. If your Actual Fixed Costs exceeded that amount, your budget variance is unfavorable.

If your standard hours are lower than denominator, volume variance will also be unfavorable.

Sales variance is referring to the difference between the prices the company expected to get for the units sold and the actual prices that were gained for the same amount of units.

Your plan was to sell 500 items for $50.000, so the standard price per item would be $100. If you know that you sold only 350 items for $35.000, maybe the problem is in the price and customers are not willing to pay as much for the product. As one example of the strategy, you could consult material variance to see if there’s space to adjust or lower manufacture costs and subsequently sales prices and focus on increasing quantities to balance the lower sales price.

If your analytics show that you’re under-performing in areas of labor cost and overhead and you need to speed-up manual processes for cost-reduction and better efficiency, automating your processes can make a positive difference. Book a call to find out how Dokka can help you increase your productivity.

What Is Cost Accounting? Definition, Examples and Types

The CFOs Guide to Managing Remote Employees in 2023